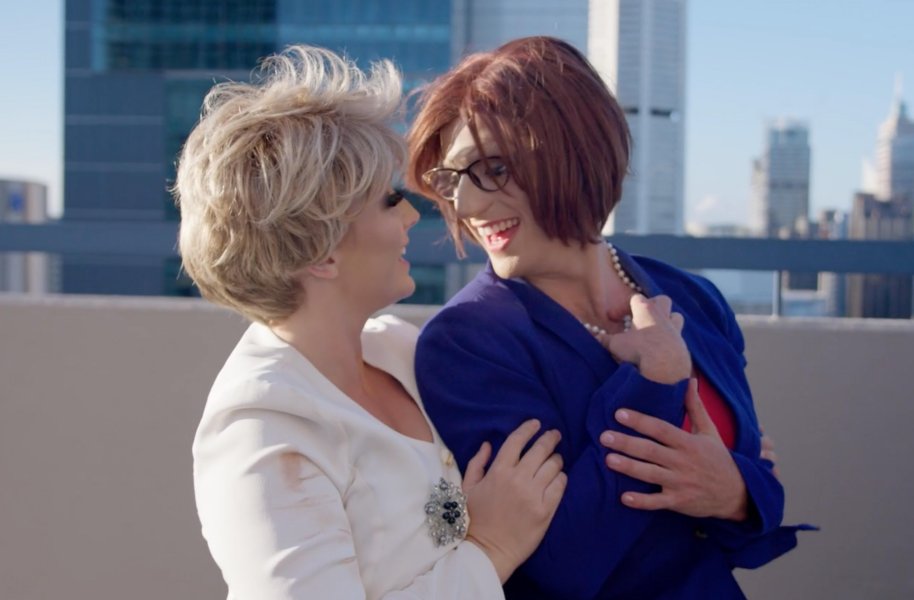 Written and performed by Patrick Livesey and Annabel Larcombe, Gone Girls is the hour of politics you’ve never seen before and always needed. It cleverly spotlights real events in the Australian political landscape, with a twist – including the infamous Misogyny Speech. It’s also, a great comment on the evolution of women in our political landscape – Julia Gillard and Julie Bishop are teaming up to take down the Patriarchy!

According to Livesey, the ideas in Gone Girls sprang from a few different places to ultimately become the show it is today. “I’ve always harboured a deep love for the gal, the myth, the legend, Julia Gillard ever since she was Prime Minister in my final three years of high school aka the debating years,” admits Livesey. ” My debating coach, Elizabeth Guilfoyle, loved Julia Gillard, more so she was appalled at the treatment she received in the media and we spent many a lunchtime breaking down said treatment in the paper that day. Livesey comes from Adelaide, which, he says,  is Murdoch town and Murdoch town only (none of this hippy The Age stuff!) so the coverage could get pretty savage. “Anyway, I then went through an exhausting period of arguing with drunk boys at parties that Julia is actually our most productive PM ever! Idiot! to no avail. Actually, there was some avail but the exact details are lost on me.”

The very early idea for Gone Girls came to Livesey around the time of Julie Bishop’s defeat in Libspill 3.0. “I was *shocked* that someone who had served as deputy for 11 years, who had held the position of Foreign Minister for five years, and done both successfully, could still be disregarded so easily by her own party in favour of two fairly average men,” he says. “I remember sitting on the bus and thinking it would be quite sweet and potentially humorous if Julia Gillard sent J-Bish a letter consoling her on her defeat and what might happen if these two women struck up an unlikely friendship.”

The show as it stands today, however, really came into full swing when Livesey’s friend and ‘platonic lover’ Annabel Larcombe came on board. “Sometimes it takes a while to find the perfect collaborator for an idea and Bel was that person,” says Livesey. “She brought a lot of her own rage and frustration into the piece, and it was… terrifying. But this can also have a surprisingly wonderful, catalytic effect on a comedy show. The two of us, together with Wil King, developed the show during the 2019/20 summer bushfires and again during the 2021 “we gotcha!” wave of the pandemic. So, this show has seen some sh*t and is all the fresher and funnier for it, just like you and I.”

So, for Livesey, the show’s biggest influences,  are, of course, Julia Gillard, Julie Bishop, Annabel Larcombe, and natural disasters.

“What are we saying? Who knows! Kidding! I’m always hesitant to ‘say’ anything with my work, I prefer to ‘scream’ or ‘cry’, but if I had to, I’d say Gone Girls is a meditation on the experiences of two leading women in Australian politics and asks how much their being women really affected their time in Parliament. We use real events, found footage and a whole lot of imagination to go behind the scenes of the last two decades of Australian politics, hopefully causing a lot of laughter, screaming and crying in the process.”

Out of the many women in the history of Australian politics Livesey could have chosen to immortalise, why Gillard and Bishop?

“Aside from my affinity for Ms. Julia, the reason I chose these two women wasn’t really a choice, more so it felt like history, politics and fate was offering them up for dramatic inquiry,” he says. “Which, when you get into, it honestly feels like it was written for an early 90s women at work buddy comedy, ala Working Girl but make it Australiana. ”

Livesey posits that as women in Australian politics, both hold a lot of ‘firsts’ but it’s their backgrounds which make everything really juicy. Both women were born in Adelaide, both were head girls at their respective schools, both studied and practiced law, switched tracks to politics and ultimately joined parliament on the very same day in 1998. At the same time, they were completely opposite in all of this. Julie comes from a wealthy orchard dynasty, Julia a migrant Welsh family. Julie went to a leafy private school, Julia went public. Julie practiced corporate law, Julia practiced industrial law. And then obviously, Julie was a Liberal, Julia was Labor. Pretty wild, right?

Livesey believes both women have left undeniable marks on Australian politics and culture. “Julia Gillard overcame dysfunction in her party, a hung parliament and complete and utter bewilderment and fury that a woman could possibly be PM to become our most productive Prime Minister ever (here I go again). She did what most men, I argue, would struggle to do, which is work with division and hostility to deliver (mostly) positive outcomes time and time again. The misogyny speech, I mean, it’s the misogyny speech and post politics she’s dedicated her career to the advancement of women into positions of leadership around the world. She’s got a point, she’s an icon, she’s a legend and she is the moment.”

J-Bish to me will always play second fiddle to Julia but I’m heavily biased and we can still give her her props. Julie Bishop managed to rise through the ranks of an extremely male-dominated environment to become the first Deputy of the Liberal Party and Australia’s first female Foreign Minister. Her time in this position contributed to a lot of girls and gays whispering ‘yas queen’ to their twitter every time she took on the likes of Putin and I think sadly she proved that it’s still a way to go before the Liberal Party is ready to accept a woman as their leader. Post politics she’s become the first female chancellor of the ANU, is creating truly idiosyncratic content with Estee Lauder and is now strategic adviser for a Mining Company. I mean, go off! Actually, to be fair, I need to have a word with Ms. Julie about that last one but to her credit they don’t mine coal. Progress! 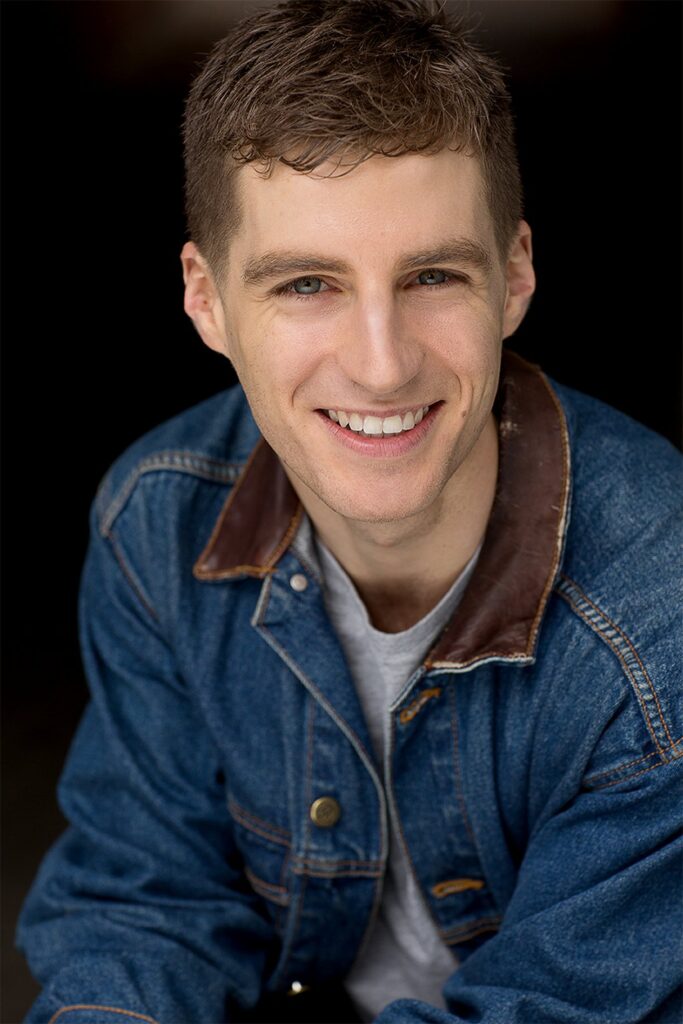 Regardless of where you stand politically, both women have paved the way for more women to follow in their footsteps and that can only be a good thing. So long as those women don’t invade any countries or take away anyone’s Medicare.”

In an interview in 2018, Livesey made comment about wanting to play Gillard for a while but he honestly can’t quite tell me why now. “I remember saying it in that interview  and in that moment I remember thinking, where the hell did that come from? I love political comedy and I love Julia Gillard so I suppose it was a desire to bring these two forces together.”

For him and this show, the creatives have focused on Julia’s lovability and almost dorkiness when it comes to her love of politics and her passion for things like education and women in positions of power. “This is by no means a biopic, explains Livesey. “I’m not gunning for an Oscar with this one, more so a Golden Globe. Maybe a Logie if I’m lucky.” In playing these women, Livesey and  Larcombe  have taken on specific aspects or mannerisms of theirs and really turned up the dial. So, for Julia it’s her passion, her enthusiasm and her slightly oddball-with-a-touch-of-ocker personality.

“A lot of our character work has been on making them larger than life whilst also deeply human,” he says. “They may be comedic portrayals but we’re still going to try and get you in the feels. Screaming and crying, remember?”

Described as a dragged-up, camped-up, and very well-dressed-up ode to Women in Power, Livesey describes the show as a funny, silly, passionate if not occasionally over-zealous buddy comedy about two women from opposite sides of the aisle who overcome their differences to take on the Patriarchy of Australian politics.

“Drag is a very joyous artform which when you’re taking on the minefield of #Auspol feels like a great way of letting everyone know we mean no harm. Ahem, Sky News. Also, with the way I look, I had a feeling that an audience wouldn’t fully accept my taking on the role of Julia Gillard unless there was a heavy tongue-in-cheek element to it all. Basically, the drag gives us permission to do a lot of things that we otherwise might not be able to. Like have fun, celebrate and take on the Boys Club with vaguely threatening language.”

Livesey tells me the initial idea sprang forth in 2018 and in mid-2022 and is still being worked on. “It’s hard to say that a piece ever feels fully finished, especially when it’s a show about a political landscape that is constantly changing and shifting but Gone Girls: the 2022 version is pretty close.”

The biggest surprise for those working on the show was uncovering the ‘truly horrible’ things said about Gillard and Bishop during their time in politics. Especially Julia Gillard. “It’s clear that in 2010 we as a country were just not equipped to deal with a woman in power and she bore the personal brunt of that,” Livesey observes. “We started developing this show long before the horrifying story of Brittany Higgins came out or Annabel Crabb’s expose of women in #Auspol so when we were researching it all we were like, does anybody realise this? This is crazy!”

It comes as no surprise that as a creative Livesey loves politics and political comedies,  but he does admit to his interests being varied.

Livesey takes inspiration from his life, his family, politics and world events. “I wouldn’t say my style is any one thing or there are certain characters I’m drawn to any more than others.” If he had to, he’d say his style is walking the line between pushing his world view, critiquing that world view and laughing at that world view. “As long as I feel like I have some access into the world or characters and I feel like I can back myself in telling that story, I’m game. I’ll admit this does make for confusion. This year alone I’m producing shows about queer persecution in Russia, techno-loving-queers, Julia Gillard and my mum. At least I’m not dull!”

At a time when politics couldn’t be more miserable, this quick-witted drag fantasy cleverly spotlights the truth of what really goes on behind closed doors in a ladies’ bathroom.

Politics can be hard for a lot of people. Gone Girls isn’t. If you want an hour of laughter, silliness and empowerment then this is the show for you! 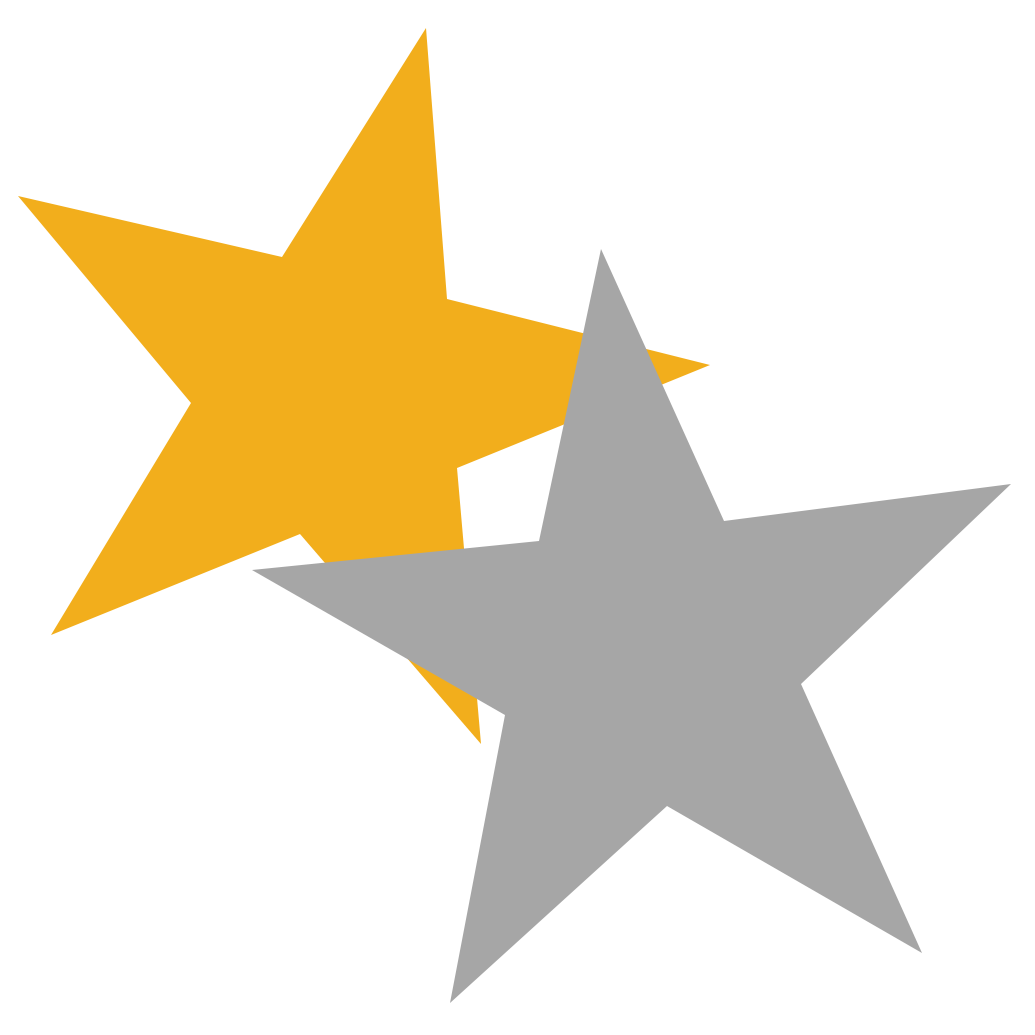 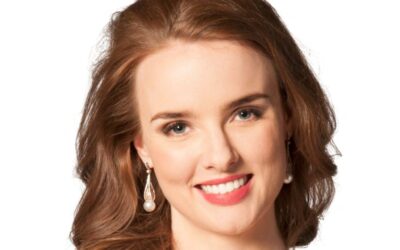 By Ellen Burgin – Senior Writer She’s just loverly- Internationally renowned performer Anna O’Byrne has worked with some of the greatest legends in musical theatre history – Dame Julie Andrews says she is one of the loveliest Australian actresses in musical theatre...

A breakneck story of romance, love, power and justice, Anna K is the latest work by acclaimed Melbourne born playwright, Suzie Miller. A Thoroughly Modern Millie piece, Miller takes the notion that it takes a lifetime to build a career with integrity and a single...

Phantom rehearsals are underway in Sydney

Rehearsals underway for THE PHANTOM OF THE OPERA ahead of historic Sydney Opera House Premiere Season   Only three weeks until the chandelier drops!     The energy in the rehearsal room continues to intensify as the 37-strong company count down towards...